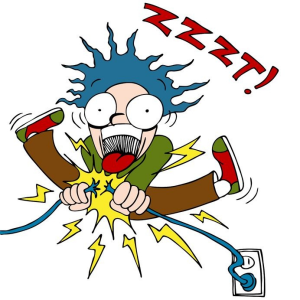 ~ ~ ~ Dusty garages can contribute to dirt build-up on your garage door parts,

so clean tracks and all moving parts with household cleaner and dry cloth.

~ ~ ~ Tighten all hardware, including hinges.

~ ~ ~ Check for dented tracks or broken rollers that can cause sticking.

Garage door opener repairs is not beyond your ken, as long as you know how to plug things in and lubricate them. Garage door openers are simple devices that rely on little more than a motor and a track to raise and open your door. If you’re having problems with the garage door, this is what you can check:

Garage Door Won’t Open or Close
If your garage door won’t open or close, the first thing to check is the electricity. Sure, your garage door is plugged in, but has there been an interruption of power somewhere along the line? A blown fuse or a tripped circuit breaker? You can test to see if your garage door opener has power by pressing the hardwired button that sets the machine into motion. If nothing happens, check the power.
If there is a good supply of power, something more serious might be wrong. Try unplugging the unit and plugging it back in. Look around for loose wiring. The worst case scenario is a blown out circuit board. If you suspect that this is the problem, call an electrician or buy a new garage door opener.
Garage Door Gets Stuck
If your garage door gets stuck midway between the open and closed positions, you probably have an obstruction that is keeping your garage door opener from working properly. Take a look at the track that raises and lowers your garage door. Is there a foreign body in the way? Remove it and try again. Hopefully, that does the trick. There might also be something jammed in the way of the door itself. If it’s a bird’s nest, try not to kill any of the baby birds when you move it.
If an obstruction is not to blame, you might have a few chains that need lubricating. It’s a good idea to lubricate the moving parts of your garage door twice a year, anyway, so don’t worry about getting a little greasy. Lubricate the chain and anything else that moves. Just remember to unplug your garage door opener first, unless you want to lose a finger or two.
Garage Door Opens and Closes on Its Own
Some garage doors act like they are haunted, opening and closing on their own. There’s a simple fix, in most cases. Check your garage door remote and get the button unstuck. If that doesn’t work, talk to your neighbors. You may have the same garage door opener as a neighbor does.

In an age when people are passionate about unique applications and architecture, – entry systems stand out for their modern and distinctive style. The Ditta Enterprises Inc team is continually exploring new ideas, materials, and ways of integrating our products into…everyday designs. Our contemporary glass doors evoke the sensibility of enriched modernism with its clean lines and ergonomic principles. Neighbors, passersby and paperboys will stop, stare, and be astonished. The Series 521 door can be used in an application such as a fire station door or ambulance door with it’s sleek and sophisticated look and light-filtering glass makes it a striking complement to your business.

These unique doors are designed in sizes up to 16′ in the 511 Series and 26′ wide in the 521 Series and 16′ high. The 521 series offers a joint seal application between sections for weather-resistance. Wind-load rated means your door can withstand a variety of wind conditions, including hurricane – force winds. These doors have intregrated stiffening struts

Stylish hardware – Hinges and fixtures are galvanized to maintain a contemporary look. 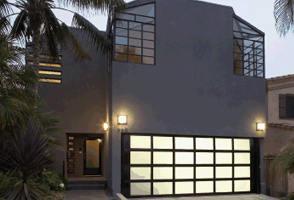 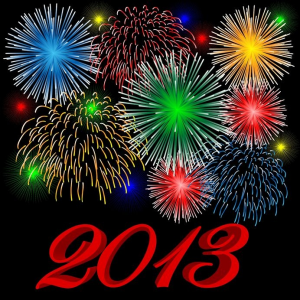 Black-Eyed Peas for New Year’s Luck: A Southern Tradition With No Fergalicious

The black-eyed pea–more of a legume, really–has a lonnng history of good luck, starting with the bible (i.e. Jewish New Year), then migrating to Africa and then to the U.S. in the 1600s with the slave trade. This staple crop of the south hit the big time during the Civil War, when Northern soldiers destroyed everything else growing on rural farms. So for the past 400 or so years, black-eyed peas… have been a nourishing symbol of a lucky, prosperous new year for those beneath the Mason-Dixon line.

My very own greatmother a Southerner every year would cook a giant pot of vegetarian black-eyed peas, cabbage and turnip greans with corn bread. Growing up, I always thought this myth of good luck was a ruse to get me to eat yet another bean-based, health dish, but it’s legit. So I always ate them.

In their most traditional form, black-eyed peas are cooked with a ham hock (or other pork product) and served with Southern delicacies like collard greens (representing money) and corn bread. Hoppin’ John also is a contender for representing the pea at its best. In short, they’re inexpensive, high in fiber and hold up well to hot sauce.

So if you need a little luck for 2013, and can’t find a restaurant to serve you the little buggers on New Year’s Day, I share with you my mother’s recipe below. Add bacon if you like being bad.

salt and pepper to taste

In a large pot, bring black-eyed peas, water and bay leaves to a boil then let simmer for 1.5 hours. In separate sauce pan, sauté onions, green pepper, red pepper for five minutes, then add garlic and plum tomato, dry and liquid seasonings. Add black-eyed peas to the pan and simmer for another 2 hours.

Be sure to comment with all the money that fell in your lap due to this dish.

I am not taking any chances, we always have all three.